Five GIS Trends Changing the World according to Jack Dangermond, President of Esri

You are here:
Technology 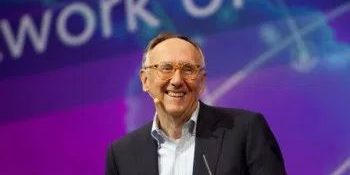 Maps are a simple and efficient way to understand and communicate rapidly. Looking at a spreadsheet, we see rows and columns of data. Using charts and graphs, that data can be seen as a pattern. But when that same data is presented on a map, we suddenly have context for the information. Because most of us are already familiar with geography, when we see data as a map it is usually understood much faster. We are now at a stage where we can display 3D imagery and information on the web very easily. Web-based 3D visualizations are everywhere, and maps are among the most common manifestations of this.

At Esri, we are investing in things our users want at scale, while still keeping abreast of the cutting edge. The geospatial industry is quickly evolving because the capabilities of digital connectedness and collaboration are moving ahead exponentially. In fact, the five biggest trends in the area of geographic information system (GIS) technology are centered on making data more accessible and creating context to visualize this data in an age when fast, easy access to information is taken for granted.

1. Location as a Service

There was a time when GIS use was limited to the niche market of government, telecommunications, utilities, and oil and gas sectors. That market has grown substantially, as large retailers and tech startups have seen the benefits of understanding data geospatially. The fundamentals of GIS and what it can do have also evolved dramatically. We are entering an era of services-based GIS. This means the GIS professional connects with consumers directly through web-based applications that provide easy-to-access visualizations. GIS also has huge implications for the enterprise user at a business or a city organization, where departments have enormous amounts of geographic data. Performing spatial analysis on the web and having access to distributed servers where different layers of data exist allow users to bring this data together, fuse it, and analyze it across the network.

Spatial analysis is important to any business that values location as a variable to success. Site selection is a crucial function that is dependent on geospatial analysis. A retailer that wants to set up new stores needs to understand where there are existing successes for similar ventures as well as hospitable demographics. All this data can be overlaid onto a map to perform statistical analysis in order to make a decision about the location of a new store. Maps communicate this information well, and in a web services environment, professionals will be able to make maps, graphs, and charts and perform analytics easily. Accessible from an organization’s cloud, the power of GIS and mapping is opened up across the enterprise.

The ability to access the vast amounts of data that provide us with insight into the environment and human behavior has changed the way all organizations function. That capability has also evolved to include the integration of big data operations into spatial analysis. Today, anyone in the enterprise can access billions of environmental observations or tens of thousands of raster images from spacecraft and analyze them easily. This will greatly expand what traditional GIS has done. Enterprise users can now build their own imagery and raster analytics workflows for fast, multi-CPU, parallel processing of massive imagery collections.

The world of citizens and consumers is already interconnected digitally—people are connected with each other and with their governments and businesses. Leveraging this vast network of devices and sensors is perhaps the latest trend and the number one priority for organizations that want to remain ahead in terms of having a comprehensive enterprise GIS for the future. Everything from smartphones to crowdsourced social media feeds is being used to integrate real-time data from the Internet of Things (IoT) directly into a GIS layer stack, where the data is analyzed, visualized, and reintegrated into online applications for use by either professionals within the enterprise or by consumers and citizens.

Another way GIS is breaking out of its traditional space is by becoming more consumer-friendly. Just as data from mobile devices is liberating professionals and consumers who’ve been accessing GIS online and from the desktop, this same data is being used to power a new generation of easily accessible applications that tap into the rich science and analytics that only GIS can deliver. A much simpler user experience is now possible for GIS users with the creation of a suite of apps and app builders. iPhones or Android devices can be used to collect geospatial data or explore it visually, anywhere and at any time. Professionals in the field can use these apps for data collection or as observational data, which they can then bring directly into an enterprise services environment in the cloud. Field information is immediately input and analyzed.

The last leap in computing was the shift from the server to the cloud. Software as a service (SaaS) opened up a world of opportunities for GIS, as shared map services like the World Imagery Basemap are no longer separate from the unique services offered to users. GIS users can share data, collaborate, make mashup maps in the server, then connect to the cloud.

The next leap in GIS technology and computing is connecting to the vast network of devices providing data in real time. It is the most revolutionary change we have seen since Esri began and brings great opportunity. The more accessible data is, the more important it will be to understand it. And maps are the visual language for understanding the context of data.